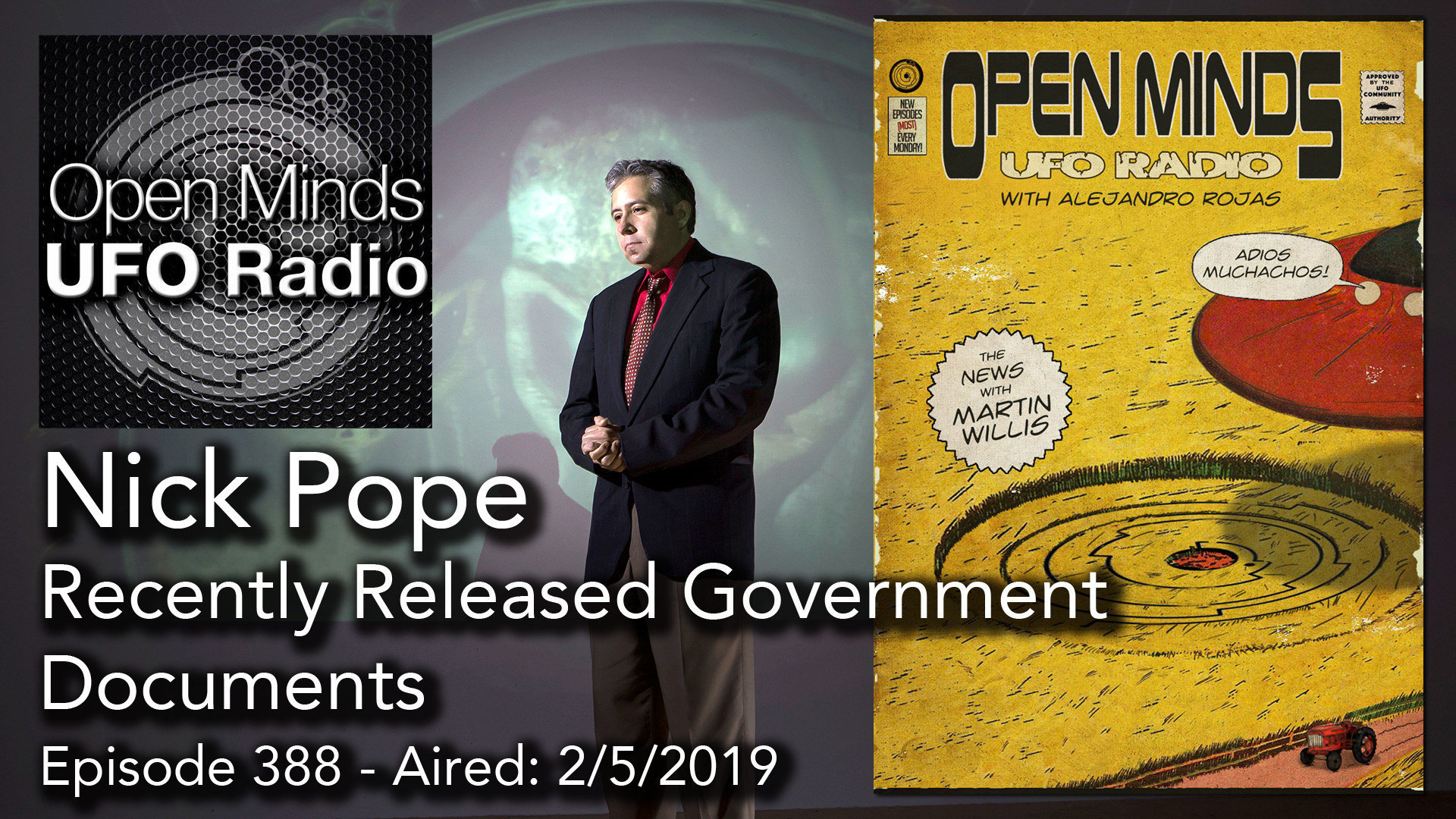 Open Minds UFO Radio: Nick Pope investigated UFOs for the United Kingdom’s Ministry of Defense (MoD) for several years in the early 1990s. He was skeptical about the phenomenon when he began looking into the matter. However, after having reviewed several credible cases Nick concluded that UFOs pose a real mystery, and unidentified vehicles in our airspace could pose a threat to national security. Since he has left the MoD, Nick has authored a book on the UK’s most credible and famous UFO case, Encounter in Rendlesham Forest: The Inside Story of the World’s Best-Documented UFO Incident. He is also a journalist and media commentator.

Recently, Nick was able to obtain Department of Defense (DoD) files regarding Advanced Aerospace Identification Program (AATIP), often referred to as the Pentagon’s secret UFO project. These are some of the very few official releases of documents related to AATIP that have surfaced. In this episode, we discuss what is in the files and how he received them. Nick also explains what we can infer from the documents, and why they are significant.